Arrive in Tbilisi, meet in the airport and transfer to a hotel. Overnight in Tbilisi in a hotel.

After breakfast at the hotel we will explore the capital city of Georgia, Tbilisi, wonder in the old districts of 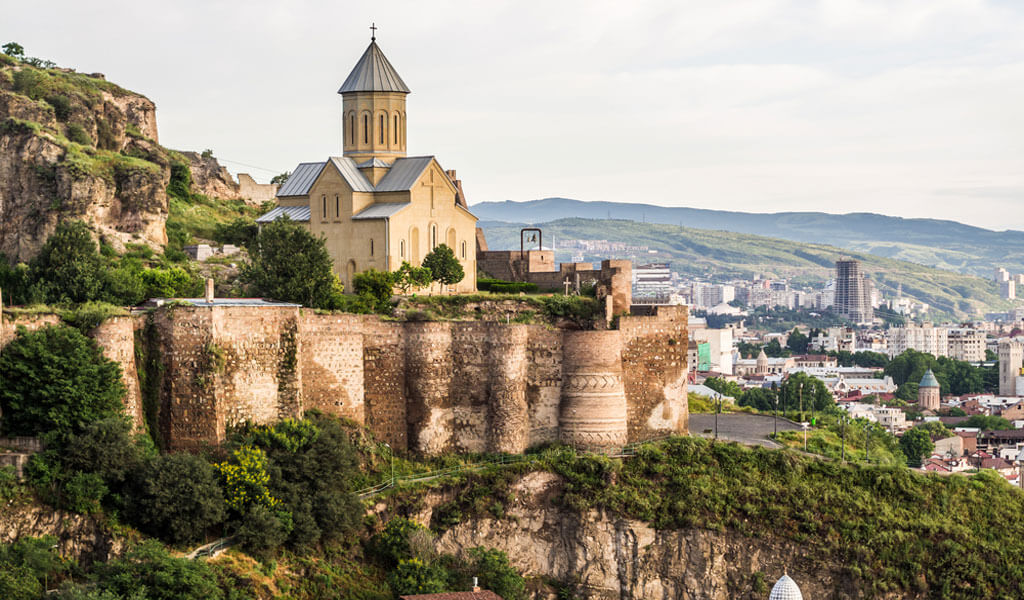 the city which are structured like terraces, as well as take a walk in the narrow streets to enjoy colorful houses, patterned balconies and wonderful samples of modern architecture. We will start the tour from Metekhi church (13th century) facing the magnificent views over old Tbilisi. Strolling along winding little streets we get to the main sights of the city. Here in Tbilisi we can see the interesting coexistence of different religions: Armenian Church, Jewish Synagogue and Muslim Mosque. Afterwards we enjoy the panoramic views of the whole town and through the ancient Narikala fortress (4th century), find ourselves in the historical domed sulphur bath area – connected with the name of our city.  Then we will visit church of St. David and the Pantheon, the burial place of Georgian writers, poets, musicians, painters, public figures etc. Overnight in Tbilisi in a hotel.

After breakfast at the hotel we will drive to the ancient capital of Georgia Mtskheta. We will visit Jvari 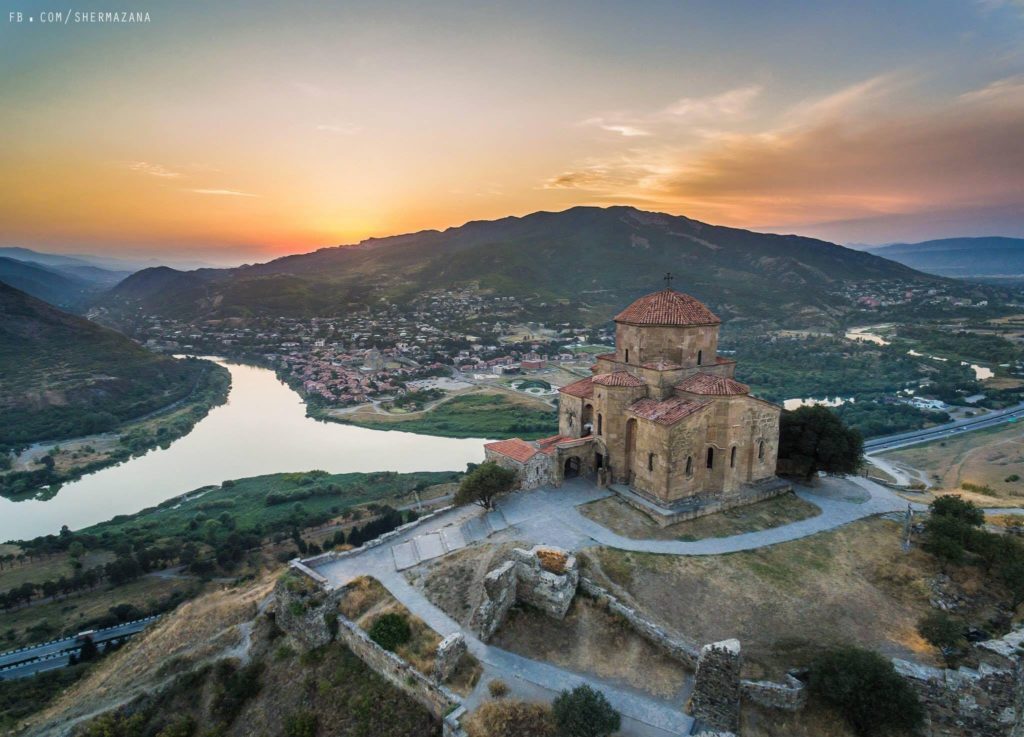 Monastery which is a sixth-century Georgian Orthodox monastery near Mtskheta. Here the visitors are given an unrepeated opportunity to enjoy the magnificently panoramic view to the Mtkvari and the Aragvi rivers flowing together. This place is considered the cradle of Christianity and is of special importance for Georgians as the baptizing of king Mirian and Georgian people took place here in 337. Our next stop is Svetitskhoveli cathedral (UNESCO), the second largest church building in Georgia where the robe of Jesus Christ is buried. A masterpiece of the Early and High Middle Ages, the XI century Cathedral is the burial place of the Royal family of Bagrationi and the patriarchs of Georgia. Driving back to Tbilisi. Overnight in Tbilisi in a hotel.

After breakfast at the hotel we will visit monasteries founded by Assyrian fathers. Our first stop is Shio-Mgvime Monastery. According to a historic tradition, the first monastic community at this place was founded by the 6th century monk Shio, one of the 13 Assyrian Fathers who came to Georgia as Christian missionaries. Our next stop is Zedazeni Monastery. The monastery was founded in the 540s by Saint John, one of the Holy Assyrian Fathers of Georgia whose mission was to strengthen Christianity in the region. Driving back to Tbilisi. Overnight in Tbilisi in a hotel.

After breakfast at the hotel we drive to Kakheti. The region is popular among locals and visitors as a land of vineyards and serves as an attractive hub for all wine lovers. Our first stop is Alaverdi monastery. The 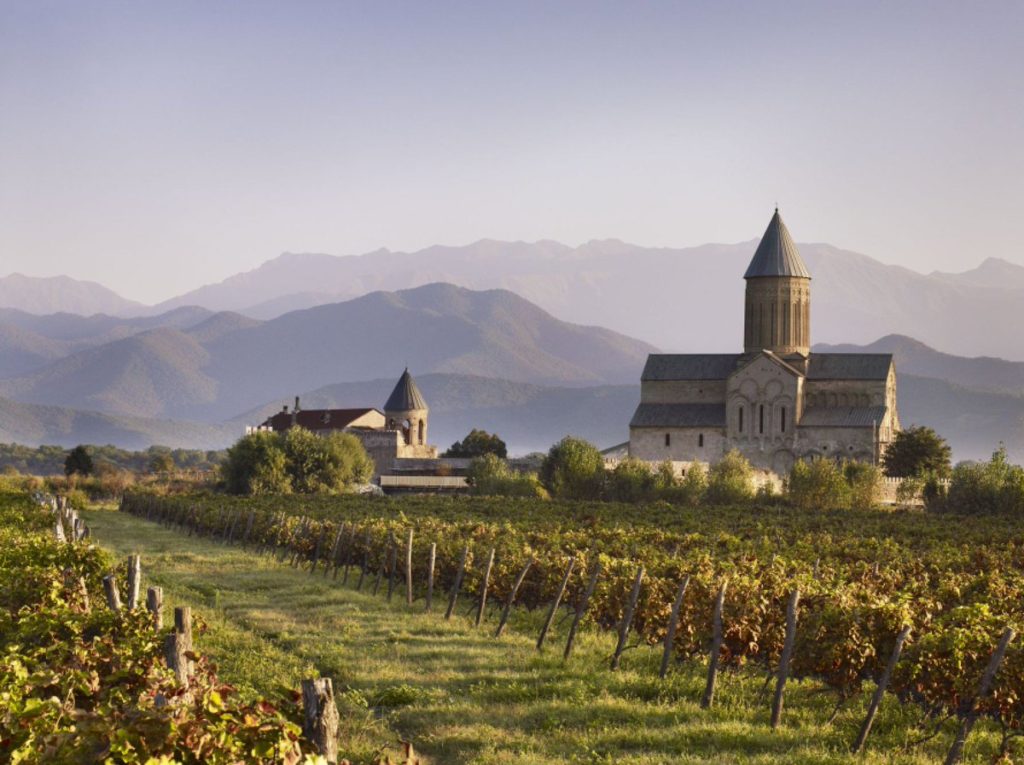 monastery was founded in the 6th century by the Assyrian monk Joseph Alaverdeli, who came from Antioch and settled in Alaverdi, then a small village and former pagan religious center dedicated to the Moon. We continue our tour to Nekresi church located in Nekresi historic town. The Nekresi monastery is a complex of buildings, including the three-church basilica of the Dormition of the Mother of God, a mortuary chapel—both dated to the 6th century, a centrally-planned church of the Archangel Michael built in the 8th or 9th century, a bishop’s palace of the 9th  century, as well as a 12th century refectory, a 16th century defensive tower, and remains of storehouses and other accessory structures. Our next stop is Ikalto academy. Ikalto was known as one of the most significant cultural-scholastic centers of medieval Georgia, which is asserted by the ruins of some civil building preserved at the site of the Ikalto monastery. Driving to Telavi. Overnight in Telavi in a hotel.

After breakfast at the hotel we drive Sighnaghi – city of love and inspiring architecture. Being one of the smallest cities in Georgia, Sighnaghi serves as a popular tourist destination due to its location at the heart of Georgia’s wine-growing regions, as well as its picturesque landscapes, pastel houses and narrow, cobblestone streets. Continuing our tour, we will appear in Bodbe Monastery– an ancient monastery of VII century. The monastery is of unique importance for the Georgian people as the Baptist of Georgia Saint Nino was buried here. Our next stop is David Gareja – a monastery complex hewed in a rock founded in the VI century by one of the Assyrian fathers, St David. The visitors have a splendid opportunity to visit the Monastery and the Church where Saint David is buried. Driving back to Tbilisi. Overnight in Tbilisi in a hotel.