Gems of Georgia and Armenia

Arrival at Tbilisi airport. Meet and greet at the airport. 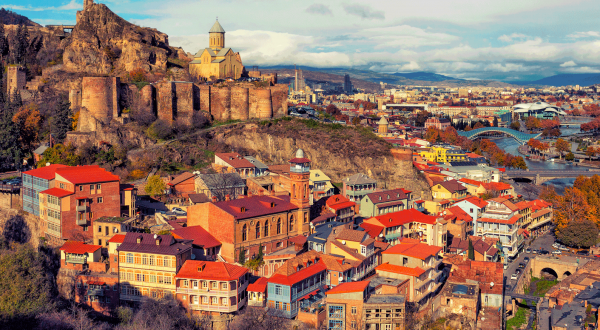 Transfer to the hotel in Tbilisi. Start Tbilisi sightseeing tour. During the tour we will see the old city. We can take a glance to the history of the city from early centuries to nowadays by walking in narrow streets of the city and exploring the religious and secular architecture. Here we will find different religious buildings – churches, synagogues, mosques, as well as famous 19th century houses with wooden multi-colored balconies. We take a cable car ride (if available) to Narikala Fortress and then walk downwards to the sulfur bath which will make an unforgettable impression on visitors. During the tour we will enjoy the superb panoramic views of the Old city. This marks the end of the Old Town. Afterwards we visit the stunning treasury of the Georgian History Museum (closed on Mondays), before taking a stroll along Rustaveli Avenue – the main street in Tbilisi. Dinner at a local tavern or restaurant. Overnight at a hotel in Tbilisi. 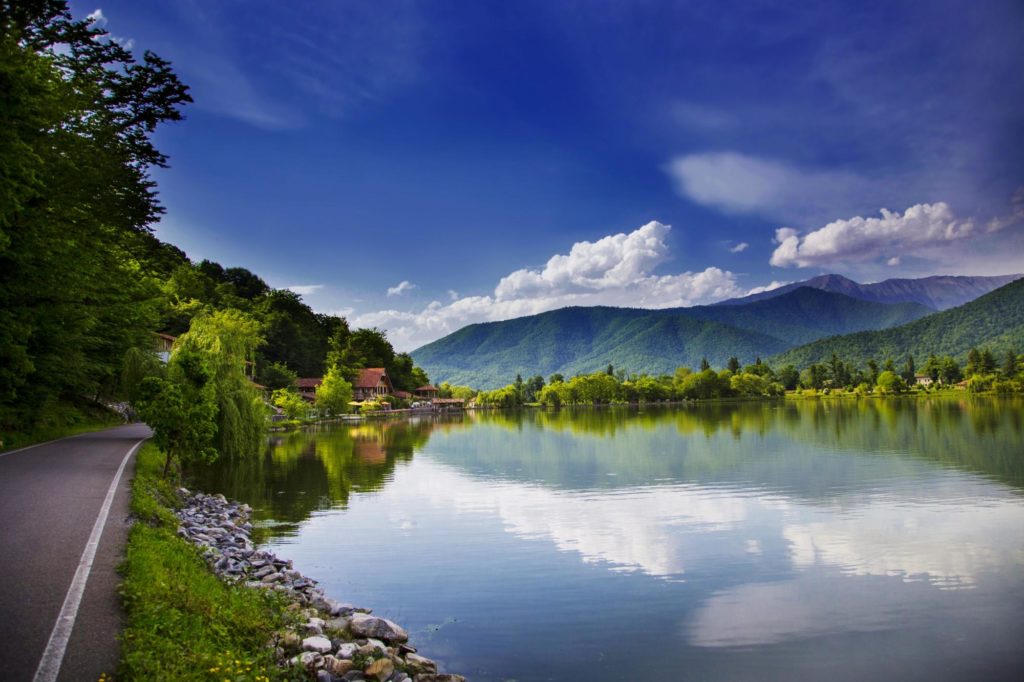 After breakfast at the hotel, we will start exploring Kakheti region, well known for its wine production. We enjoy superb views of Great Caucasus Mountains and valleys of Kakheti, acknowledge traditions and culture of the country and region, taste wines and delicious food. First, we drive to visit the fortified town of Sighnaghi (18th century). The town preserved its original image and now offers visitors stunning views of the surrounding Caucasus Mountains. Then drive to visit a farmer’s house to see a unique 300-year-old wine-cellar. We will get acquainted with the Georgian way of wine – making, quite different from the European one, and drink typical Georgian wines. Here we’ll also have a lunch, tasting homemade delicious food. Afterwards drive to a “Khareba” winery and try manufactured famous Georgian wines. Drive back to Tbilisi.  Overnight at a hotel in Tbilisi.

After breakfast at the hotel, we will visit Holy Sameba – the highest Cathedral in the Caucasus. Then drive 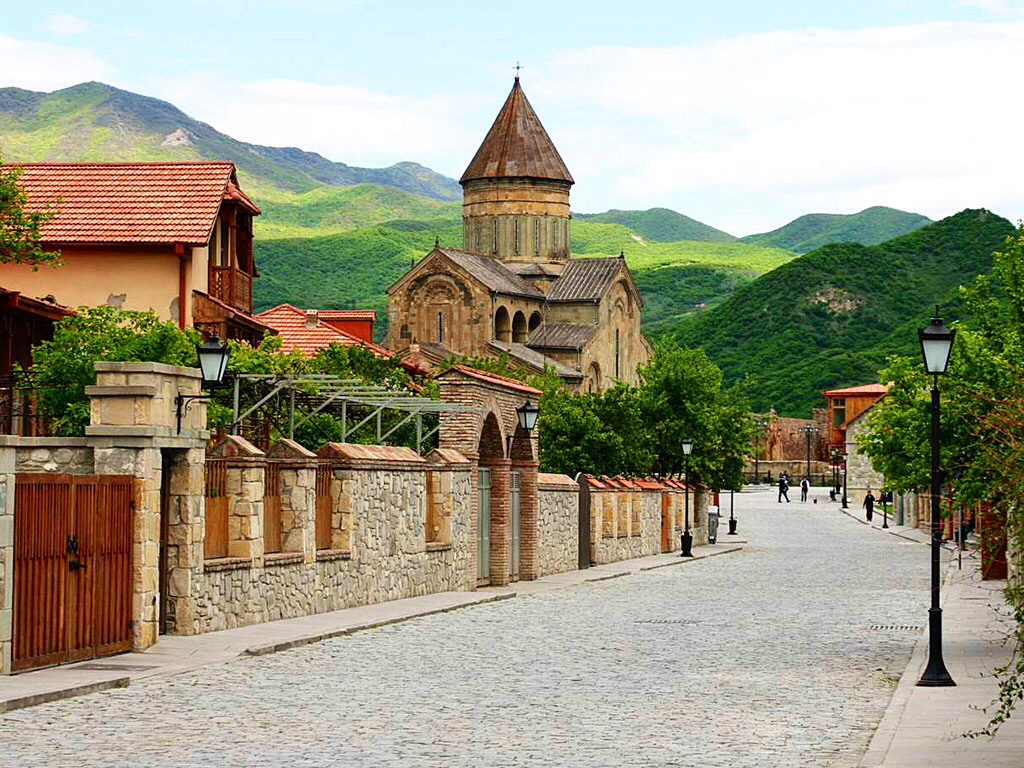 to visit the ancient capital and religious centre of Georgia – Mtskheta (3000 years old) and see its historical places: Jvari church (6th century) and Svetitskhoveli Cathedral (11th century), where the Robe of Christ is buried. Both Jvari and Svetitskhoveli are UNESCO World Heritage sites. We will then continue our drive to Georgia – Armenia border (Bagratashen-Sadakhlo). Change guide and transportation. Start a tour in Armenia with the Akhtala Monastery (10th century) being the first in the list. This impressive fortified monastery, located on a breathtaking spot, is a must-see destination for all fans of traveling. Being one of the very few orthodox monasteries in Armenia, it was erected in the times of the Armenian Renaissance. It should be mentioned that Armenian Renaissance occurred much earlier than the European. The monastery received its name thanks to the rich copper mines found there. The name Akhtala is thought to be first mentioned in 1438. The group will then be transferred to the medieval castle by the river, Avan Dzoraget Hotel that sits along Debed River, nestled among the forest-covered hills and rocky slope of Caucasus Mountains. Dinner and overnight at Avan Dzoraget hotel in Dzoraget.

After breakfast at the hotel, we will explore the gems of Lori region and visit two of the UNESCO World 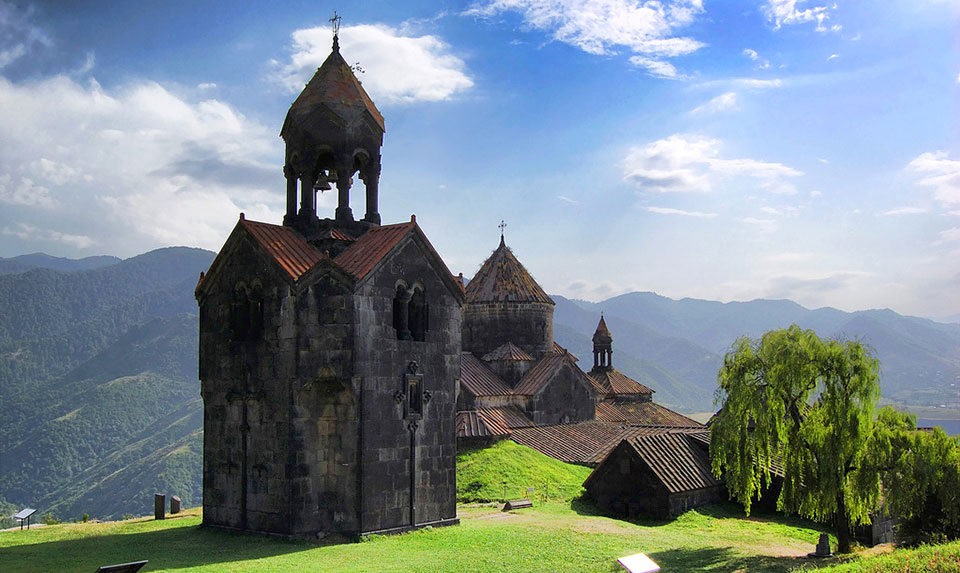 Heritage Sites of Armenia – Monasteries of Sanahin (10th century) and Haghpat (10th century). During the period from the 10-13th centuries, Sanahin was an important and reputable center of learning, where humanitarian sciences and medicine were taught. Scientific treatises were written, paintings and miniatures were created here. As for Haghpat, it was here in this holy site, that the great Armenian poet Sayat-Nova had lived and created his wonderful songs and poems. After lunch tasting traditional dishes in the fresh air, we will visit the fairy tale village of Dsegh. Here we will visit the house museum of the renowned Armenian writer Hovhannes Tumanyan. The house is a typical example of old Armenian village life style. Continue our drive to Yerevan. Dinner at a local tavern or restaurant. Overnight at a hotel in Yerevan.

After breakfast at the hotel, we will have an early morning walk in the pink city of Yerevan. We are proud of the fact that our ancient city is 29 years older than Rome. We will start walking in the most pleasant Republic Square with Government buildings, History Museum and Marriott Hotel surrounding it. Walking up one of the oldest streets in Yerevan – Abovyan Street – we will appear in the richest avenue in Yerevan – the Northern Avenue with many brand shops, luxurious cafes and restaurants. Our next stop – the 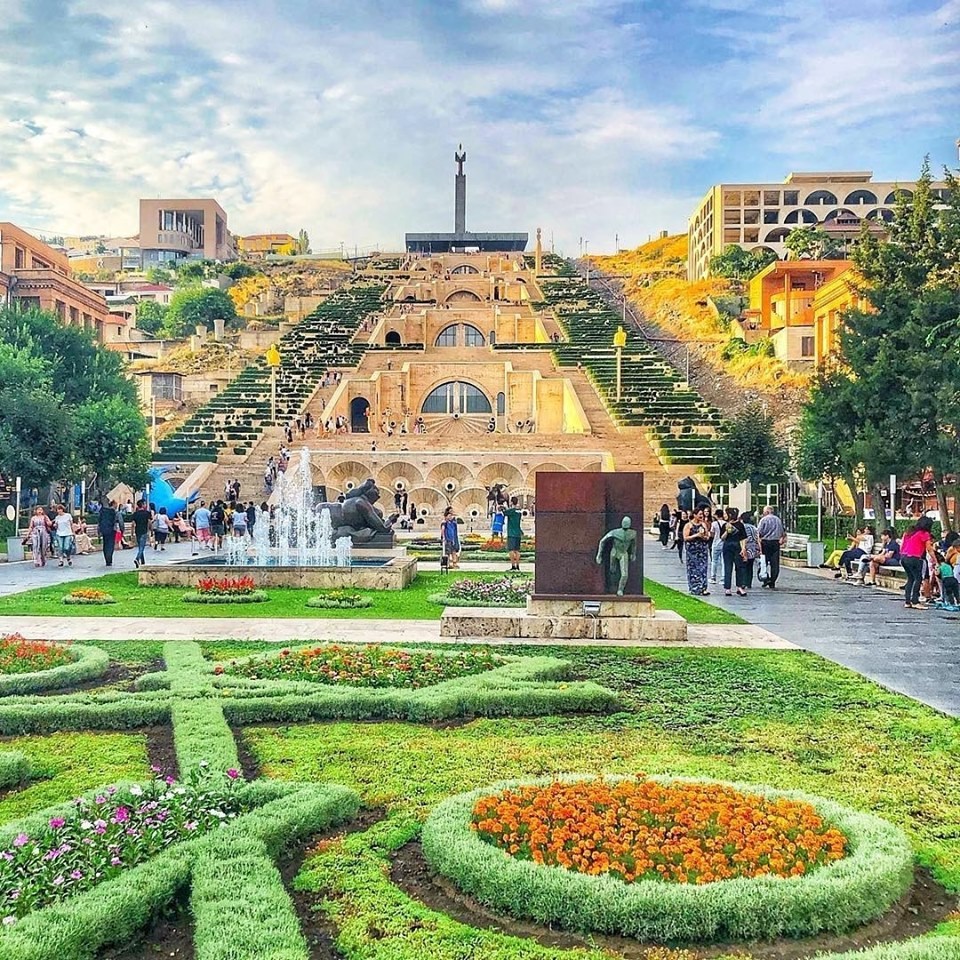 Opera and Ballet House and the Swan Lake – faces the Northern Avenue. Pay a visit to the Depository of Ancient Manuscripts Matenadaran. The institution is a major center for study and preservation of Armenian works of ancient literature. Matenadaran now protects about 16477 surviving materials and around 300,000 archive documents, among them about 2500 fragments collected in the depository. The manuscripts include almost all of the areas of ancient and medieval Armenian culture and sciences in different languages. The building guards the most ancient parchment book that is the Gospel of Lazarus written in 887. Visitors can also see the biggest and the heaviest Armenian manuscript, weighing 34 kilograms. We will then enjoy our time in the fascinating weather of the sunny Yerevan while walking around Cascade Monument. If we walk up this staircase of 500 meters height and 50 meters width, we can enjoy the wonderful panorama of the city with the spectacular Opera House, Mount Ararat as well as the view to the whole city. We will then walk up the huge stairs or take an escalator towards the Park of Freedom. Here the whole city seems to be at our hands. Magnificent view. We will then drive to Tsitsernakaberd Hill and pay a visit to the Genocide Museum. The Memorial and the museum are devoted to the victims of the Armenian Genocide by the Ottoman Empire in 1915. During these mass killings more than 1.5 million people were massacred, and even more spread around the world forming a huge Armenian Diaspora. In the second half of the day we will drive to the Monastery of Khor Virap. Here we will enjoy the best view to Mount Ararat at the very origins of Christianity, as this is the very place where Christianity was adopted as a state religion in Armenia in 301 AD. It is the very place where the first Armenian Catholicos Gregory the Illuminator was jailed for long 13 years for disseminating Christianity in Armenia. Drive back to Yerevan to have an excursion and dinner at Megerian Carpets to get acquainted with fine Armenian carpets and rugs that have been famous for centuries. Dinner with a folk show right at the factory. Besides, the chef cook will be telling us the history of the lost and found Armenian recipes. Overnight at a hotel in Yerevan. 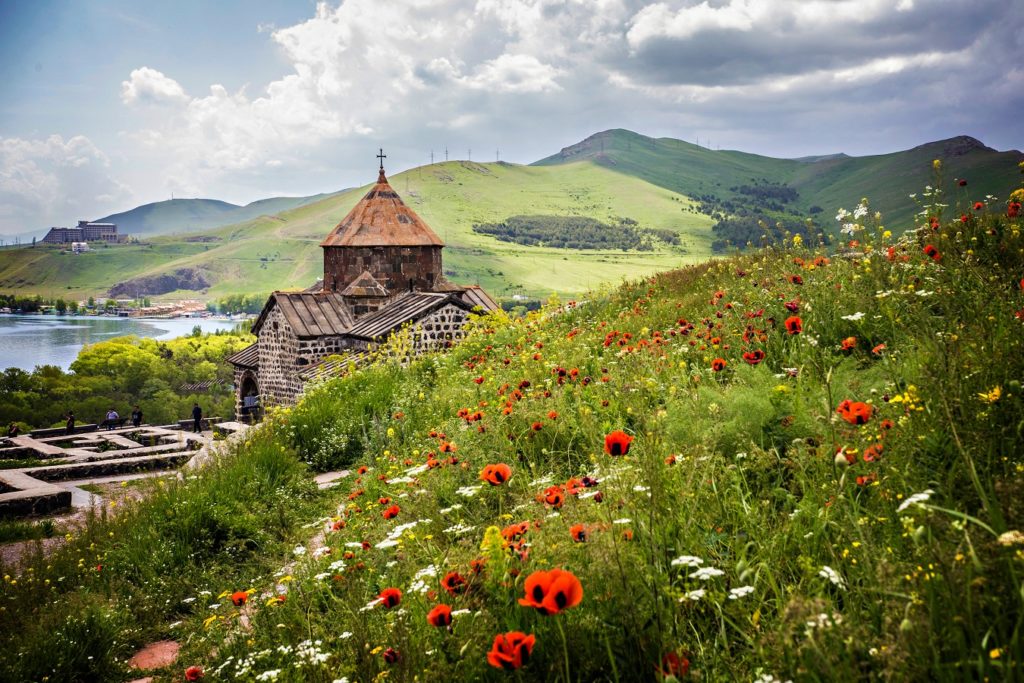 After breakfast at the hotel, we will start the tour visiting the region of Kotayk. The first stop will be at Garni Temple – a pagan temple built in 1st century BC. It is the only survival of the Hellenic epoch in the whole territory of the Caucasus. Our next stop, the Monastery of Geghard (UNESCO), was first recorded in a document of 1250. The monastery is also famous due to the relics, among which the most important one is the spear which had wounded Christ on the Cross presumably brought there by the Apostle Thaddeus. Continue the tour driving to the pearl of Armenia – Lake Sevan, one of the greatest freshwater high-mountain lakes of Eurasia. We will start a tour along the lake and finish it on the semi peninsula at Sevanavank Monastery. The trip to Sevan is undoubtedly one of the most exciting ones in Armenia. This wonder of nature is surrounded by Geghama Mountains. The sweet waters, sandy beaches and fresh air attract holiday makers every year. During the 8th century a few monks settled on the former island of Sevan in the present day Sevanavank Monastery, and began to build their churches. Due to the strategically good location, many others came here. For a while it was the residence of the king Ashot Erkat (Ashot the Iron), who received his name due to his numerous glorious victories. With the time the walls of the monastery were destroyed and in 1930 the last monk left the monastery. Lunch tasting the fish from the lake prepared with the special local recipe. A pleasant drive will take us from Armenia to the capital of Georgia – Tbilisi, offering picturesque views and changing panoramas on the way. At Bagratashen – Sadakhlo border, we will change the guide and transportation, and drive to the hotel in Tbilisi for farewell dinner and overnight.